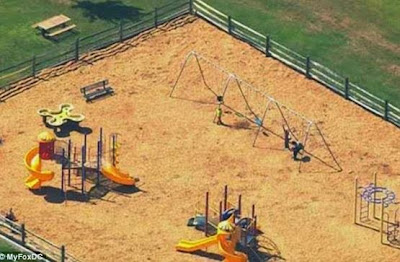 A mum has been found pushing her dead three-year-old son on a park swing.

A witness called police after the woman was observed pushing the child for an unusually long period of time.

When officers arrived, the 24-year-old was still pushing the child in the swing, and they realized immediately that the boy was dead.

The child had no signs of obvious trauma but had been dead for at least several hours.Police believe she may have been at the playground with her son all night.

They don't believe there was foul play but a post mortem is being carried out and the mum has been taking for psychological checkup.