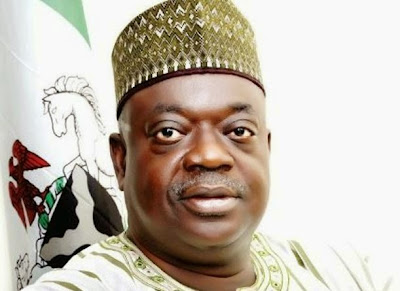 According to reports, the impeachment against the Niger State Governor, Aliyu Babangida, may have been dropped as members of the state House of Assembly pushing for the governor’s removal have been allegedly paid N17m each with the additional promise that their other demands would be met as well.

The N17m is said to be part of the allowances they were owed since February.

The speaker said he couldn't confirm this report.

However, one of the lawmakers said, “It was not as if the governor bribed us, it is our legal entitlements and we have a right to ask for it before the expiration of our tenure. We have been paid and calm has returned to the assembly complex.” So because they had been paid, they decided against impeaching the Governor, he said.

It will be recalled that last week, the lawmakers had sacked the leadership of the assembly and elected a new leadership over a series of allegations including non-implementation of house resolutions, poor staff and members’ welfare and non-release of the statutory allocation to the assembly for months. This, it was learnt, was done to pave the way for the removal of the governor.

To frustrate the lawmakers, the governor had headed for the court where he secured an order to restrain the legislators from making any move to impeach him.

The House of Assembly was also occupied by security operatives for so many days to prevent the members from entering into the assembly complex to carry out their legislative duties.

Due to this, Kawu had threatened to institute a legal action against the Niger State Police Commissioner, Mr. Emmanuel Amore, over what he described as the illegal occupation of the state House of Assembly by security operatives.

Calm seems to have returned and all seems to be well.