Home Unlabelled Nigeria’s Problem is Not Ethnic Or Religious, It is Corruption – Buhari

Nigeria’s Problem is Not Ethnic Or Religious, It is Corruption – Buhari 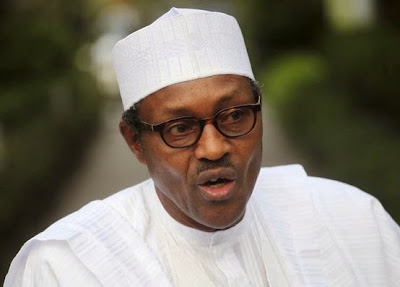 President-elect, Muhammadu Buhari, yesterday, reiterated his resolve to fight corruption, insecurity and unemployment head on once he assumes office as President.

He described the electoral fraud and judicial compromises which had characterized the courts as the worst form of corruption in the country.

Buhari noted that manipulation of the electoral process played out in the last general elections, especially in Akwa Ibom State, where the governorship candidate of the All Progressives Congress (APC) in the state, Umana Umana has now gone to the Election Petition Tribunal to challenge the result of the governorship election in the state.

“I’m glad that you have gone to court too because you believe in the system as the right place to fight for your right and the right of the people you represent. I have appealed three times and arrived at the Supreme Court not because I believe the system had changed but this time around, in your own case, you were still denied even with the use of PVCs and the card readers.

“That means they will never stop lies because the essence of the system itself is to protect the interests of the parties, the candidates whether it is the local government elections, House of Assembly, governorship, House of Representatives, Senate etc.

“There is need to go to the constituency, educate them, beg for their support and understanding. Let them know the real essence according to law to choose who they want to choose otherwise we are wasting our time.

“I stand for that, that’s why I chose to go to court and ending up at the Supreme Court. I don’t go to court because I can afford it financially or physically but people who believe in stabilizing the system helped me along the line.

“Now the records are very clear. Anybody who wants to study the political development of Nigeria cannot do so without getting the Supreme’s Court judgement of those years —2003, 2007 and 2011. If you could recall in 2007, the Supreme Court was split into two. Six panel of justices were divided. Six justices led by Justice Oguntade, a Christian, a Yoruba man, Justice Aloma Mukthar, I think she’s a Muslin but a Yoruba woman and another Justice from Delta State said election of 2007 was null and void because it was not conducted according to law,” he said.

“But the former Chief Justice, Mustapha, a Fulani man from Jigawa and another Chief Justice from Taraba, also a Fulani man said well, the election was not flawless but all the same PDP has won and then the Chief Justice, a Muslim from Nupe cancelled the votes with them. So it was four against three. So the point I want to make here is that the problem of Nigeria is not ethnic or religious, it is corruption.

“This is what we are fighting, that is why corruption is number three in my campaign. The first one is security. The north east, the Delta areas where people are kidnapped and ransom are being demanded which people cannot afford. The second one is unemployment. Sixty percent of Nigerians are youths, most of them, whether they went to school or not are unemployed and that is dangerous.

“So we have to get the issue of the economy right to make sure the jobs are made available and we should try to kill corruption before corruption kills Nigeria. Let us practice what we preach as well. Whoever wins as a governor too has a lot of work to do because corruption is fast becoming a culture and to try to caution people is not an easy task but it must be done.

“I know you all represent various constituencies, please pass our message and give them hope that we’ll do our best in the interest of all. I wish sincerely those that are going to tribunal the best of luck.”