No Ex-Government Official Should Travel out After May 29 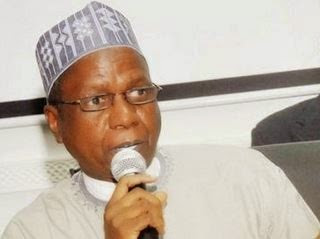 Next week, Nigeria may start hearing different tales of big men and women travelling for 'medical checks' or other flimsy excuses, all in a bid to escape arrest and possible prosecution for corruption.

But one man is thinking ahead of them. Former Secretary to Government of the Federation, Yayale Ahmed, has charged the incoming Muhammadu Buhari government not to allow any top politician leave the country after May 29, especially those with cases to answer.

Yayale, who is the pro-chancellor and chairman of council of the Bayero University, Kano (BUK) gave the advice after presenting a paper at the 31st convocation lecture of the university.

In his paper titled; “The 2015 Transition: Realities, Expectations and the Challenges”, he said when Buhari takes over, his administration would discover many things and ask many questions.

“I want to inform you that whether there is proper briefing or not, the reality will become reality on May 29. After they have taken over they will see where to ask questions and in what we call public accountability, nobody should be allowed to go without accounting for what is not there.” Yayale said.

The major problem of the Nigerian economy, Yayale said, is not about its size, but its content. “The country is increasingly becoming mired in debts. After painfully exiting the Paris Club and other external debts, with a cash payment of over $12 billion, the foreign debts are piling.

“The domestic debt profile increased from $30.5 billion in 2010 to $47 billion in 2014. On the whole public debt has grown by $18 billion between 2010 and 2014. A major problem of this debt profile is that most of the debt is incurred on consumption (recurrent) and not investment (capital)”.