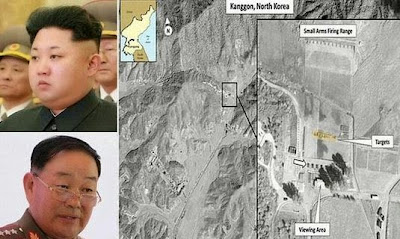 North Korea’s defence minister has been executed with an anti-aircraft gun for falling asleep during military meetings and answering back to leader Kim Jong-Un, it has been claimed.

Hyon Yong-Chol, who was named Minister of the People's Armed Forces in 2012, was killed in the capital Pyongyang by the unconventional firing squad on charges of disloyalty and disrespect.

The intelligence service told politicians that Hyon was killed by an anti-aircraft gun at Kang Kon Military Academy - a method cited in various unconfirmed reports as being reserved for senior officials who the leadership wishes to make examples of. 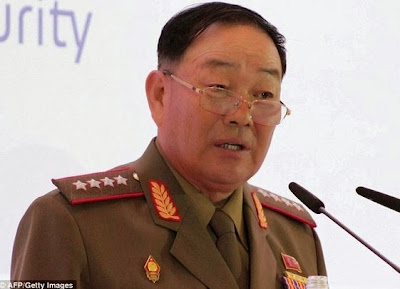 Hyon, who is in his sixties, was apparently caught dozing off during formal military events and also talked back to Kim Jong-Un on several occasions.

Lawmaker Shin Kyoung-min, who attended the parliamentary briefing during which news of the execution was announced, said the NIS believed it to be true.

The execution was initially reported by South Korea's Yonhap news agency, although reports from North Korea are impossible to independently confirm.

Hyon is believed to have been a general since 2010 and served on the committee for late leader Kim Jong-il's funeral in December 2011, before becoming defence minister.