Home Gossip News Our Naira is About to be Devalued Again

Our Naira is About to be Devalued Again 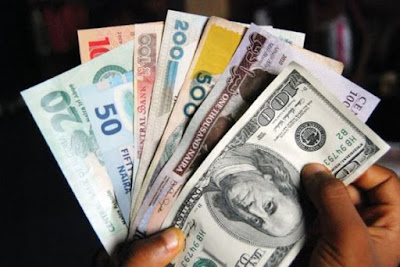 In spite of the inauguration of a new government in Nigeria, the Naira may be devalued again to reflect the recent drop in Nigeria’s foreign reserves, analysts at Renaissance Capital have said.

The analysts said this in a report, ‘Nigeria beyond May 29: Managing expectations’. The however noted that the Central Bank of Nigeria was likely to move back toward a ‘managed float versus the managed peg’ of recent months.

Noting that a weaker naira implied a build-up of inflationary pressures, they observed, “We see inflation breaching the central bank’s inflation target band of six to nine per cent and entering double-digits in Q3 2015. This rules out any prospect of monetary easing in 2015, in our view.”

They explained that the devaluation might be smaller than the market projects (1015 per cent), because authorities seemed to be focused on medium-term fundamentals, which they expect would turn in favour of the naira, primarily through a fall in import demand – particularly of agriculture products (via continued improvement in production) and fuel imports (due to 650kb/d of fuel coming onstream from Dangote’s refinery), which account for 60 per cent of forex usage.

The risk to this view, according to them, is that the All Progressives Congress comes in with a macro policy that requires a much weaker naira, i.e. an export-led growth policy.

The RenCap analysts also reviewed the fiscal crisis in the country and the challenge it would pose to the new government.

“Given that the incoming administration will be substantially resource-constrained, we think Buhari’s biggest challenge will be managing expectations,” they said, adding that the oil sector was expected to be the primary focus of Buhari’s crackdown on graft; in particular, reforms related to the fuel subsidy, repatriation of oil money and refineries.

Stressing that, as things stand, the government was experiencing a significant cash crunch, whereby it could do little beyond paying salaries, they said they expected capex spend in 2015 to be negligible with debt to play a much bigger role in financing the budget than it had in recent years.

Nigerians, brace up for some tough times, so our country can emerge stronger and better.