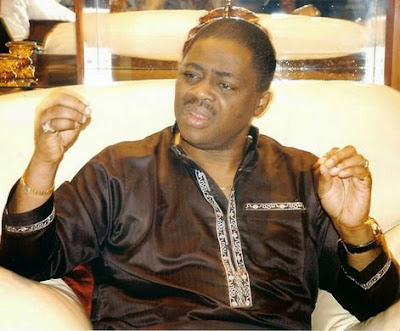 The Peoples Democratic Party, PDP, has ordered the immediate probe of one of its trouble-shooting members, Femi Fani-Kayode, for criticising the party’s leadership and calling for its resignation.

The party said Fani-Kayode should be sanctioned for launching a media war against its leadership.

Fani-Kayode, who was the spokesperson for President Goodluck Jonathan’s presidential campaign team, on Tuesday accused two unnamed members of the party’s National Working Committee of working for the opposition All Progressives Congress.

In a dramatic response on Wednesday, the party ordered the PDP in Osun State, Mr. Fani-Kayode’s home state, to immediately investigate and punish the former minister.

In a letter signed by its National Secretary, Wale Oladipo, the party mandated the PDP in Osun to first establish whether Mr. Fani-Kayode has been a “registered and financial member”.

Fani-Kayode, alongside the Ekiti State governor, Ayo Fayose, and some other PDP members, have blamed the leadership of the party for PDP’s defeat in the recent national elections.