PDP will be buried if I resign - Mu’azu 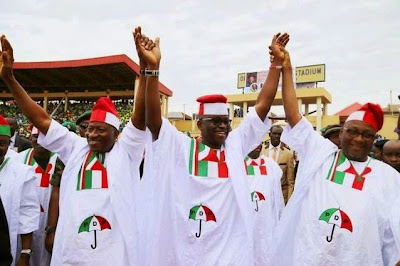 The National Chairman of the Peoples Democratic Party, Alhaji Adamu Mu’azu,on Sunday stated that he would not resign despite the threat of some members to form a faction of the party.

Speaking through his Special Adviser on Media, Mr. Tony Amadi ,he told Punch

“Let them go and form their parallel party and let us see where they are going to get their votes from.The only reason Mu’azu doesn’t want to resign is because if he does, those who want the PDP buried will succeed.Why are these people trying to create problems for themselves and the outgoing President?

The President has said let us sheathe our swords; that is why we have not said anything for the past one week and we obeyed the President. He is our leader; why are they doing this?I thought that we have finished elections, we have got a President-elect and we are going to hand over to the President-elect. Why are they taking us back? Please, let them cool down, Mu’azu is not the problem.”