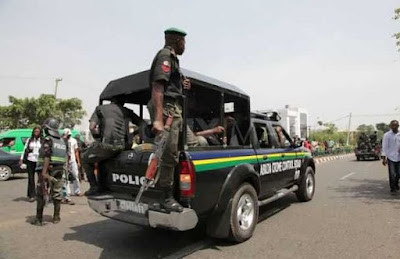 The Police in Niger State paraded three suspects over allegation of offering N1 million bribe to operatives of the State’s Anti-Robbery Squad {SARS}.

The suspects, Abdulmumini Ala, Bala Abdullahi and Samuel Marafa, from Agwara Local Government Area of the state were paraded while N540,000 was also displayed by the police as part payment of the bribe.

According to the police, the bribe was offered by the suspects so as to remove from the police records some firearms recovered from their relatives who were earlier arrested by SARS over robbery allegations and possession of three AK-47 rifles.

Addressing newsmen, the Police Public Relations Officer {PPRO}, Niger State command, Mr Bala Elkana, said some three-man gang of suspected trans-border armed robbers and cattle rustlers who were relatives of the suspects offering the bribe had earlier been arrested by the operatives of SARS and were charged to court.

"We have three persons in our custody who approached SARS and offered to give a bribe of N1 million for the police to remove from the records firearms recovered from their relatives who were earlier arrested by SARS and charged to court," he said.