Police will account for their actions in Rivers State – Amaechi 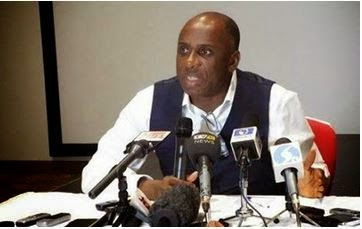 Governor Amaechi gave this indication at a thanksgiving service organised by the All Progressives Congress, APC, in the state.

Amaechi who spoke to a crowd of audience including traditional and religious leaders said some senior police officers who connived and contributed to the violence and crisis in different parts of the state will answer for the alleged crimes they committed.

The Rivers state Governor disclosed that the APC suffered oppression from INEC, the Police, the army and militants during the elections.

Amaechi further called on the party faithful to go spiritual as the APC challenges the election at the Tribunal currently sitting in Abuja.

“The only way he will not come back is if we don’t form government but if we form government he will account for all his actions. After him, an Assistant Commissioner of Police in Khana said it is mutiny to take on the Federal Government and sat down and fought APC as if he was a PDP member.

“John Amadi intended to kill me. On my way to my village to go and vote, I ran into some criminals who were attacking an APC member. I stopped with the intention to save him and arrest those people as the Governor of the state. I did not know that they had given instructions to those security not to obey me.

“When I asked the C4I to re-enforce security, they brought security but John Amadi called them back and asked them to leave there. The only thing that saved me and the situation was the soldiers sent by the Brigade Commander.