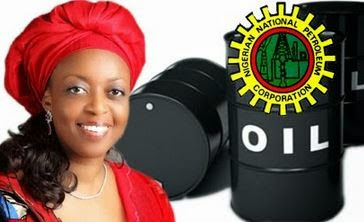 As the riddle of the missing $20bn oil money is yet to be solved, fresh facts from the nation’s oil and gas sector have indicated that a whopping N4.2tr ($25bn) may have been lost from oil terminals due to lack of metering facilities in all oil terminals in the country.

LEADERSHIP investigations has revealed that operational losses since 2012 when the minister of trade and investment, Olusegun Aganga, moved to review the procedures for the issuance of export permits in the oil and gas sector amounted to $7.5bn (N1.5tr) annually, aside the over N400bn that a Senate panel reported that year.

“The minister of petroleum resources thought it was targeted at her and joined forces with the DPR to ensure the Commodities and Products Directorate and the Ministry of Trade were stopped from carrying out their statutory duty,” a source said.

The source added that when in the second quarter of 2012 a security document was designed to measure the transactions in the oil wells and flow stations, it was discovered that the Nigerian National Petroleum Corporation (NNPC) officials forged documents to cart away 93 million barrels of oils.

The Ministry of Trade has the mandate of ensuring all trade transactions in the economy are legal, accurate and fair. The Weigh and Measurement Act (2004) also empowers it to ensure that every trade transaction is scientific, legal and measurable.

Aganga, in a memorandum to President Goodluck Jonathan on August 26, 2011, entitled “Memorandum on Weight and Measurement (Legal Metrology) Service Fee Order 2010 as provided in Measures Act cap 467 LFN 1990 (now Cap W3 LFN, 2004),” proposed that the lack of legal metrology in the nation’s oil terminals was making the country lose a minimum of N30bn annually because “it does not have the equipment and personnel to discharge these functions.” He, therefore, sought to outsource the operations.

The minister justified this by saying, “It requires no government funds. It would earn revenue for government and it conforms to international best practices and the WTO (World Trade Organisation’s) requirements.”

Consequently, a company was engaged but our sources said “though the intention was noble and the president did his bit, from 1999 when Obasanjo (President Olusegun) gave approval for metering of oil terminals, it didn’t take off until Jonathan enforced it.”

However, it did not work.
“The operators, DPR, NNPC and the oil majors, ensured that only sighting continued instead of the on-line monitoring system that the company emplaced. The company was chased away after two weeks and up until now, it is the old ways that has persisted.

“At the beginning, it was discovered that Nigeria was losing $5.35bn due to non-metering of oil wells and inaccurate ship-to-shore differences while loading and off-loading of vessels. Data currently supplied by government-appointed pre-shipment inspection agents cannot be relied upon for proper reconciliation of oil revenues from oil and gas.

“Several billions is lost annually to round-tripping and fictitious claims by oil marketers due to poor measuring equipment,” the report from the inspectors said.

NNPC Refuse To Speak
When contacted, the group general manager, Group Public Affairs of the NNPC, Ohi Alegbe, said he was unable to respond to the inquiry by press time.

His text message to the enquiry simple read: "I’m sorry; I am unable to respond to your inquiries now."