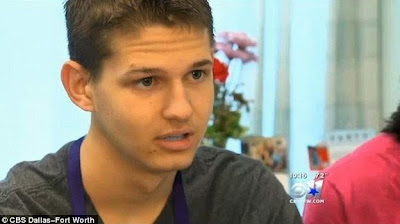 A 17-year-old Texas high school student claims he saw Jesus after he collapsed in gym class and was without a heartbeat for 20 minutes. Zack Clements suffered sudden cardiac arrest at Victory Life Academy on May 5 and was unresponsive. But just as doctors were about to declare him dead after 20 minutes, he revived.

He was airlifted to the hospital & woke up in the intensive care unit days later. Even more incredible than Zack's recovery is what he claims he saw. Jesus!


"When I was out those 20 minutes, I saw a man who had long ruffled hair and kind of a thick beard, and it didn’t take me long to realize that that was Jesus," Zack said.

"I went up to him and he put his hand on my shoulder and told me everything would be alright."

Zach and his family are saying that they can't explain what happened, but they're calling it a miracle.