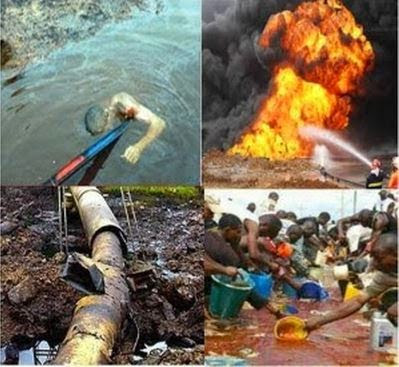 Urhobo militants, under the aegis of Urhobo Gbagbako, explained that the reason they blew up oil facilities in Ihwrenen and Ejophe communities in Ughelli North and Ughelli South Local Government Areas, Delta State, was because of marginalization and neglect of Urhobo nation by the outgoing administration of President Goodluck Jonathan.

The group, in a statement by its National Chairman, Otega Obire, said: “The Urhobo nation, as the fifth largest ethnic group in the country, has long been marginalized in the presidential amnesty programme and pipeline surveillance jobs and contracts. Even the Delta Steel Company, DSC, Aladja, that is supposed to be the only federal project in Urhoboland, has been grounded for years.”

The group in the statement, told the incoming government to create a level playing ground for bidding and allocation of contracts in the oil pipeline surveillance with particular reference to the “Urhobos who are the major host communities of oil facilities and gas plants in line with the Local Content Act.”

Calling for the speedy resuscitation of DSC to reduce unemployment and restiveness in their domain, and by extension promote the economic fortunes of the people, the militants, said: “We accepted change before the elections because we strongly believed in the capacity of the president-elect, General Muhamadu Buhari, to correct the wrongs done to us by the outgoing administration.

“We have resolved to prevail and calm all aggrieved Urhobo youths for a ceasefire after due consultation and meetings with our channels of communication with the incoming government, but it has to be quick in order to avoid a return to the dark days of militancy.”