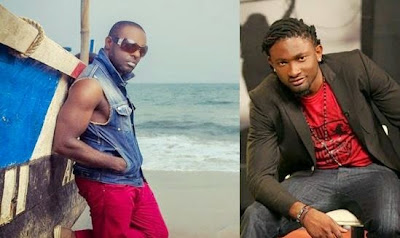 TV presenter, Uti Nwachukwu has apologised to Jim iyke for a joke he cracked on his TV show, JARA surrounding Jim and his ex-girlfriend , Nadia Buari.

On May 6, 2015, Uti took to his Instagram page to share a video of himself and co-host, Helen Paul, cracking a joke about the relationship between actors Jim and Nadia.

Finding shows Uti has taken down the video from his Instagram account and has openly apologised to Jim.

“My sincere apologies to one of the greatest Nollywood icons of our time. @jim.iyke .. I’m sincerely and deeply sorry for the insensitive joke/post made yesterday.

”As one of my favorite and most respected actors I will never set out to intentionally disrespect you brother. Using the insert from jara was my own friendly way of reaching out and once again I’m sorry for being insensitive especially at the special period .

” Be rest assured it won’t happen again. please accept my unreserved apologies. Like I said you are one of the few that actually inspire and motivate people like me to be better and work harder. Abeg nor too vex for me bro . I Troway salute