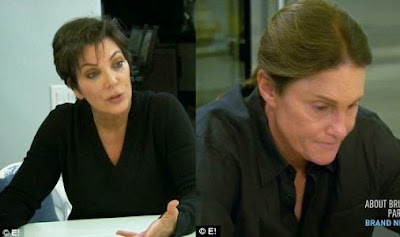 In a new E! Special ''About Bruce'',his ex wife Kris was the last to know about his plans to transition ..He went to her house with a note which read

First of all, you're amazing woman,' he said, reading from the note. 'We've had so many great moments together.They're still inside me. They're still part of me and I don't want to let that go.''I would hope that you would kind of be on board.'

Telling her she was not being supportive enough,she fired back


'Maybe it's because I'm the one you lied to the longest. You were angry. That made me angry,
' Bruce responded that she had treated him badly in their marriage

'You know, you treated me badly the last four or five years of our marriage, 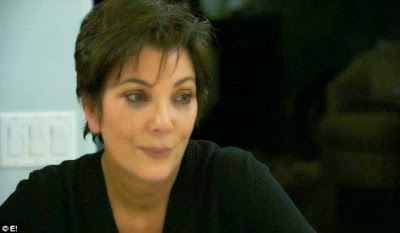 'You never said this was going to be the end result, ever,' she told him.'I think just being honest is just something we would have all appreciated,'and I think the truth in your head is different from your actions.

As Bruce started sobbing, too, Kris remonstrated with him that while she knew he liked to dress as a female, she didn't know he really wanted to be female.


'I don't know when you went from, 'this isn't working for me anymore' and to, 'I'm going to go all the way,' Bruce, you never explained,'You said I just wouldn't understand and you couldn't talk about it.That was your answer every time.' 'I turned into the Wicked Witch of the West because of how you were behaving,'