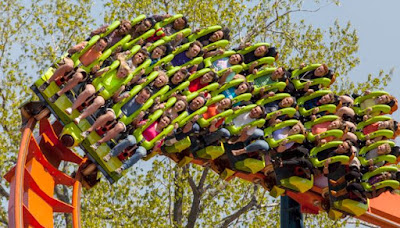 Authorities say a 10-year-old girl who was found unconscious last week after riding a roller coaster at Six Flags Magic Mountain in Southern California has died at a hospital.

An autopsy will determine the cause of death.

The Los Angeles County Fire Department said the girl and a parent were airlifted Friday from the park in Valencia.

The amusement park released a statement that said the girl was found breathing but unconscious after riding the Revolution.

“There is no evidence to suggest that this was in any way ride related,” the park said, according to the Los Angeles Times. “We do not know if there was a pre-existing condition.”

The 113-foot-high looping steel coaster reaches speeds of 55 mph during a two-minute ride.

The Revolution was cleared to reopen shortly after the incident but was shut down after it was announced the girl died.

The coaster has been at the park since 1976.