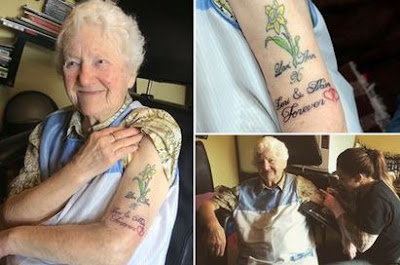 A 94 year old great grandmother defied her age to get a tattoo on her arm. She is now believed to be the oldest woman in the UK to have a tattoo.

Gwladys Williams inked a tattoo of two hearts with a tribute to one of her great grandchildren on her arm.

She developed love for tattoos in her older years as her first tattoo was inked at 87, in memory of one of her daughters.

Her latest tattoo reads "Leri & Nain Forever" and is a message to her granddaughter Leri Ann.

“I decided to have it done because I love her so much and I might not be here for so long.”The secret is looking after myself. I always have breakfast, a boiled egg and lunch.” 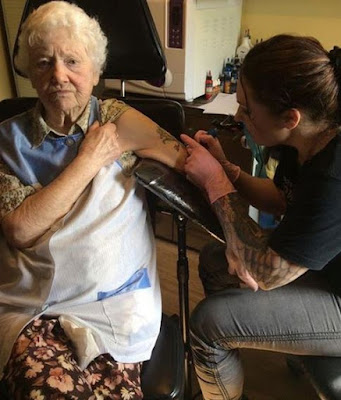