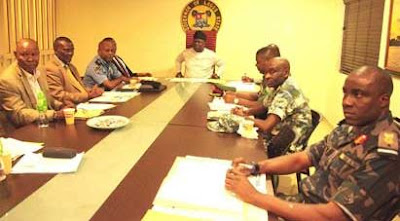 The Lagos State Governor,Akinwunmi Ambode has warned officials of LASTMA, Kick Against Indiscipline, KAI and VIO to stop jumping into vehicles in attempt to arrest defaulting citizens .He gave the warning at the Government State House, Ikeja..He also said doing that is going against his election promises to make life easier for residents of the state


“I want LASTMA, KAI, and VIO to help this government deliver on the promises made to the public, and there are two promises: to make life simpler for every resident of Lagos and make each resident happier than before.“I don’t want officers that will torture my citizens. They may be offenders but don’t torture them. Don’t jump into their cars to enforce arrest. This is where you have to be creative and use technology in the implementation of the law. For now, no harassment.”