APC and their Shameful Start as a New Ruling Party 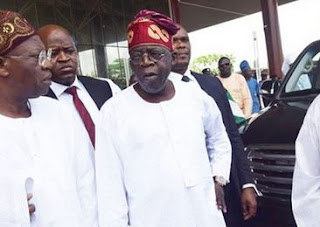 The emergence of Senator Bukola Saraki and Yakubu Dogara as Senate President and Speaker of the House of Reps has, undoubtedly, altered political calculations within the All Progressives Congress.

Although the duo are members of the APC, their party showed preference for Senator Ahmed Lawan and Hon. Femi Gbajabiamila – for the two top positions for stability in the National Assembly.

Obviously, the decision of the two to defy the party underscored a deep rift among the leading figures within the ruling party. This was perhaps aptly shown by the reactions of party leaders after the emergence of both men through the support of secret PDP agents.


sponsored post
Members of the party’s National Working Committee held an emergency meeting after which they issued a statement rejecting Saraki and Dogara as the leaders of the National Assembly.

As written by John Elechenu, the party threatened sanctions against all its members involved in the process which produced the two in defiance of its directives.

Specifically, the party, in the statement signed by its National Publicity Secretary, Alhaji Lai Mohammed, said, “The APC leadership is meeting in a bid to re-establish discipline in the party and to mete out the necessary sanctions to all those involved in what is nothing but a monumental act of indiscipline and betrayal aimed at subjecting the party to ridicule and create obstacles for the new administration.”

Buhari, in a statement signed by his Special Adviser (Media and Publicity), Femi Adesina, restated his earlier stance that he did not have any preferred candidates for the Senate and the House of Representatives leadership positions and that he was willing to work with whoever the lawmakers elected.

Atiku on his part congratulated the newly elected leaders. He said in a statement by his Media Office that, “Irrespective of the political mix through which the presiding officers emerged, the 8th National Assembly should never lose focus of its role as a partner in progress with other arms of government especially the executive arm.”

With conflicting signals coming from leading figures of the party, there is little doubt that the APC will be faced with some, if not most of the problems, which marked the latter days of the former ruling Peoples Democratic Party.

The party leadership is faced with the grim reality of trying to “enforce discipline” within its fold. This, in itself, is potentially a volatile road to travel if not properly handled.

The Deputy National Publicity Secretary of the PDP, Alhaji Abdullahi Jalo, expressed delight about the turn of events in the National Assembly.

According to him, the seed sown by the APC in the House of Representatives in 2011, with the election of Aminu Tambuwal as Speaker, against the wishes of the PDP has grown into a very big tree, the fruit of which the APC is now generously reaping from.

He however said, “The reality today is that we all need each other to move forward. The new Senate President will benefit from the experience of Ekweremadu who has been the DSP for eight years and vice versa. I believe Nigeria and Nigerians will be the better for it.”

How the APC resolves this and other challenges which they will definitely be confronted with in the coming days, weeks, and months, will define the party’s character and future.

Where is the change?