Home Gossip News APC to Send Sakari, Atiku, other Betrayers to the Cleaners

APC to Send Sakari, Atiku, other Betrayers to the Cleaners 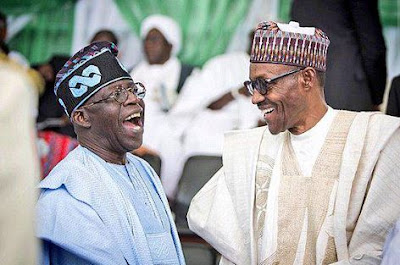 The heavy political power play between the APC and Atiku Abubakar, Bukolo Saraki and other disloyal New PDP members who decamped to APC last year is about to get even more interesting.

The party has said that whatever disciplinary action it will take against the Senate President, Bukola Saraki, the House of Reps Speaker, Yakubu Dogara, and its members for defying its directive on the election of the National Assembly leadership will follow due process.

It said this just as Punch learnt that the Presidency had intervened in the crisis the election of Saraki and Hon. Dogara on Tuesday had generated.

The party had conducted mock elections in which Ahmed Lawan and Femi Gbajabiamila emerged as its consensus candidates for the Senate Presidency and House speakership.

After the mock polls, the APC directed its other lawmakers not to contest the positions but ensure that Lawan and Gbajabiamila became the National Assembly leaders.

But this was not to be as Saraki and Dogara did not only contest but won with the support of opposition Peoples Democratic Party lawmakers.

The APC spokesman, Lai Mohammed, who spoke with journalists after an emergency NWC meeting of the APC in Abuja, said the party had not made a U-turn on its position to sanction errant lawmakers.

The APC had in a statement on Tuesday said the election of Saraki and Dogara was unacceptable.

The party said, "The APC leadership is meeting in a bid to reestablish discipline in the party and to mete out the necessary sanctions to all those involved in what is nothing but a monumental act of indiscipline and betrayal to subject the party to ridicule and create obstacles for the new administration."