Home Celebs Entertainment Gossip Bobbi Kristina: Nick Gordon slammed with $40m lawsuit as it's reaveled he knocked her out

Bobbi Kristina: Nick Gordon slammed with $40m lawsuit as it's reaveled he knocked her out 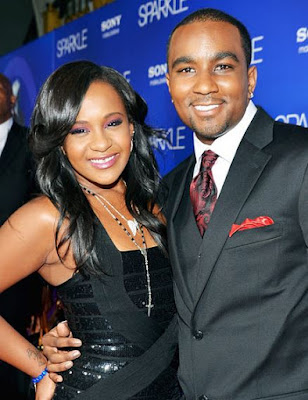 As Bobbi Kristina has been moved to a hospice to die naturally, Nick Gordon has been hit with a lawsuit from Bedelia Hargrove, her court-appointed conservator, claiming he was physically abusive on multiple occasions and stole from Bobbi while she was in a coma.

Most shocking however is a claim that Bobbi was set to meet with a friend and reveal her problems with Gordon around the same time she was found face down and unresponsive in a bathtub on January 31 at her suburban Atlanta home.The lawsuit states;


'Just prior to January 31, 2015, Brown had confided to someone that [Gordon] was not the man she thought he was and set up a time on January 31, 2015 to meet with this person to further discuss this revelation.'

It then adds; 'Brown, however, never made it to the meeting. Instead, on the morning of January 31, 2015, Brown became embroiled in a loud argument with [Gordon] at her town home.

It then said that even though Bobbi is unable to ask for her assets back given her medical state, Gordon having them is 'an exercise of wrongful dominion or control ... and id detrimental to Brown's rights as the owner.'

For the damages Bobbi has suffered as a result of this, the lawsuit requests a minimum of $10million in punitive damages.

This make the total amount being asked for the the suit a minimum of $40million in damages. There is also a claim that Gordon falsely represented himself as Bobbi's husband, gaining access to her accounts and trust, something she began to question in 2014.