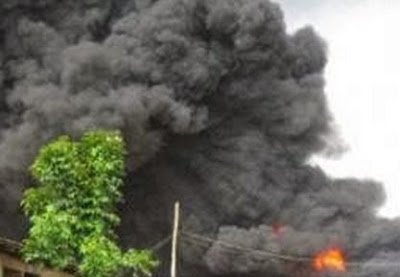 A bomb blast suspected to be from a suicide bomber has occurred in Yola, the capital city of Adamawa state, north east Nigeria.

A resident of the town, Salihu Aliyu, told PREMIUM TIMES that the blast happened in front of the Jimeta main market at about 7:45pm.

“We just finished observing the Maghrib prayer when we heard a loud blast in the direction of the market,” he said.

He said the casualty figure is likely to be high because the explosion occurred as many traders closed their shops, and started rushing home.

“You know many traders also come out of the market and display their wares outside the main market to also observe the night market,” he said. “There was even traffic gridlock in the area with many Keke Napep operators jostling for passengers when the bomb exploded.”

One witness said at least 10 people were killed and about 30 injured.

The police could not be reached immediately.