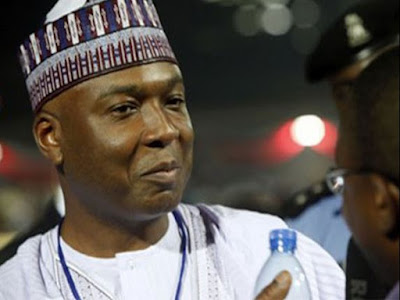 The fastest political coup in Nigeria's recent history has just been executed by Senator Bokula Saraki as he shunned the meeting called by President Muhammadu Buhari with all APC lawmakers and followed the PDP lawmakers and a few APC lawmakers to declare himself as Senate President.

Unless President Buhari takes a drastic step, Senator Saraki is the new Senate President. The deal is done!

Saraki is not clean. Moreover he is wolf in sheep clothing. It is regrettable.