Buhari Must Pay Us For Pipeline Surveillance –– Asari-Dokubo 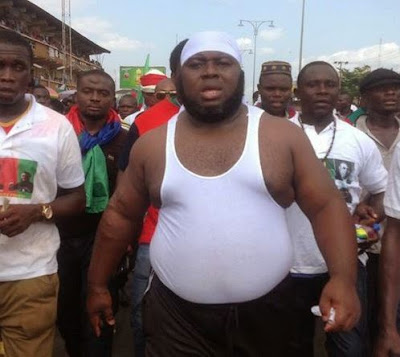 Former Niger Delta militant leader, Asari-Dokubo, has called on the government of President Muhammadu Buhari to pay contractors of the oil pipeline surveillance project across the country.

Asari-Dokubo, who is one of the former Niger Delta agitators awarded pipeline surveillance contract by the Goodluck Jonathan Government, told PUNCH that the three-month deal elapsed on June 15.

He said that the ex-minister of Petroleum Resources, Diezani Allison-Madueke, did not sign for the payment of the pipeline surveillance contract before she left office.

Asari-Dokubo said President Buhari must pay him and other contractors their money if indeed he is committed to the rule of law.

“Diezani (Allison-Madueke) did not sign payment for the contract before she left. All across the six states (Lagos, Ogun, Ondo, Rivers, Delta and Bayelsa) where the contract was awarded none of us were paid; none of the companies were paid. The Federal Government should do what is needful by paying the money they owe. The same mandate that was given to Buhari to become President was the same mandate that was given to us in a legal and binding contract.

He appealed to the President not to set a bad precedent where government will fail to pay contractors who had executed their contracts.