Buhari Promises To Recover Stolen Funds In 3 Months, Tells Governors to be Ready for Hardship 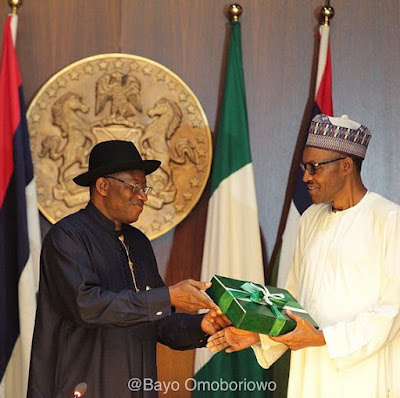 President Buhari has assured Nigerians that he would recover billions of dollars stolen by past politicians and bureaucrats of the past administration. This was part of the agenda discussed as he met with Governor’s in the presidential villa in Abuja today.

"The next three months may be hard, but billions of dollars can be recovered, and we will do our best,” the president told the governors. There are financial and administrative instructions in every government parastatal and agency. But all these were thrown to the dogs in the past. Honestly, our problems are great, but we will do our best to surmount them."

He warned that the days of impunity, lack of accountability and fiscal recklessness in the management of national resources are over in Nigeria. Expressing surprise that the governors had tolerated the atrocities allegedly committed with the Excess Crude Account since 2011, Buhari promised to tackle the issue decisively. The president declared that the payment of national revenue into any account other than the Federation Account was an abuse of the constitution.

He added that what he had heard was going on in many agencies and corporations, particularly the NNPC, were clearly illegal. On the refund of monies spent on federal projects by state governments, Buhari assured the governors that the Federal Government would pay, but insisted that due process must be followed.