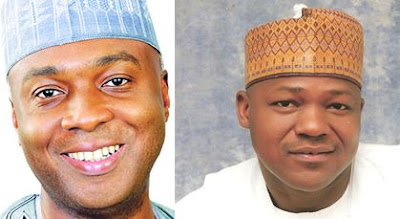 The Presidency has released a statement saying that President Buhari has noted the outcome of the elections of Senator Bukola Saraki and Hon Yakubu Dogara as Senate President and Speaker House of Representatives respectively.

President Buhari in the statement reiterated his earlier position that he doesn't want to be drawn into the politics of the National Assembly but will work with whoever the lawmakers elect as their leaders.

The statement made available to journalists by his Special Adviser on Media and Publicity, Mr. Femi Adesina reads in part;


"President Buhari had said in an earlier statement that he did not have any preferred candidate for the Senate and the House of Representatives, and that he was willing to work with whoever the lawmakers elected. That sentiment still stands. Though he would have preferred the new leaders to have emerged through the process established by the party.”