Buhari to Dump Rotimi Amaechi as Choice of SGF? 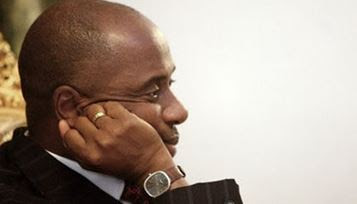 The signals coming from the Presidency following Bukola Saraki's coup as Senate President is not very good for ex-Governor Rotimi Amaechi, who many had thought would get the SGF for his hard work.

Three APC chiefs and a bureaucrat are in the race for Secretary to the Government of the Federation.

Those being strongly recommended for the SGF position are Amaechi (South-South), Ogbonnaya Onu (South-East), APC National Chairman, John Odigie-Oyegun (Edo) and a former occupant of the office, Amb. Babagana Kingibe.

But a new man is coming from North-East to take the SGF because Saraki cheated the North-East.

Although, President Muhammadu Buhari is yet to make up his mind on who gets the job, but from the look of things, Amaechi can't get it again.

According to The Nation, there are three issues Buhari is trying to resolve:

•should the SGF go to the North-East or South-South or South-East?
•should he be a cosmopolitan young element or an experienced bureaucrat?
•how to avoid the “way and manner a former SGF turned the office into an ethnic enclave and destroyed the ethos of the civil service."

The former SGF reportedly politicised appointments, resulting in a situation whereby two people were given letters for an office.

The President is said to be concerned about geopolitical balance in appointments.

The power sharing in the Executive and the Legislature so far has shown that only the South-South is yet to be accommodated.

But it was gathered that Buhari does not want to subject the appointment of the SGF to Federal Character due to what a source described as “the sensitive nature of the office”.

A highly-placed source in the Presidency said: “The delay in appointing the SGF is borne out of the fact that the President has left it open for the consideration of many eligible Nigerians.

“Apart from playing a crucial role as the engine room of Buhari’s campaign, some forces in the Presidency believe Amaechi combines youthful age advantage and political experience to occupy the office.

“The only fear of Buhari in Amaechi is youthful exuberance, temperament and a down-to-heart attitude which may not be ideal for a technical and diplomatic assignment.

“But pro-Amaechi forces in the presidency pointed to Amaechi’s calmness, composure and the successful coordination of the Presidential Campaign as signs of his readiness for the job.

“They also said having staked his integrity and life on the line for Buhari, only the SGF is befitting for a man like Amaechi, not a mere ministerial job."