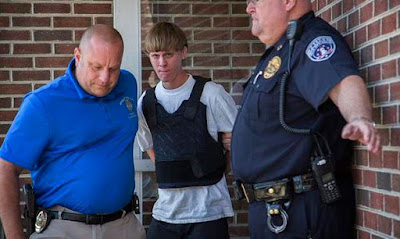 The white gunman who allegedly shot dead nine people during a bible study meeting at an African-American church in South Carolina last night has been caught in North Carolina.

Dylann Storm Roof, who sparked an overnight manhunt after fleeing the Emanuel African Methodist Episcopal Church in Charleston, was taken into custody during a traffic stop in Shelby just after 11am.

According to Daily Mail, the 21-year-old was caught after a member of the public spotted his car and called cops to report 'suspicious activity', Charleston Police Chief Gregory Mullen said. He was in the car and armed when he was approached by an officer but he was cooperative and taken into custody.

On Wednesday, Roof, from Columbia, had allegedly entered the church and joined the bible study group before suddenly opening fire an hour later.

One survivor recounted how he reloaded his gun five times as he picked off his victims - killing three females and six males, including the Reverend Clementa Pinckney, who is also a South Carolina state senator.

Pinckney's cousin told NBC News that one of the survivors told her they had urged Roof to stop.

'He just said: "I have to do it. You rape our women and you're taking over our country. And you have to go",' Sylvia Johnson said.

Roof spared one woman so she could 'tell the world what happened', eye witnesses recounted, while a five-year-old girl also survived the attack after her grandmother told her to play dead. The gunman then fled.] 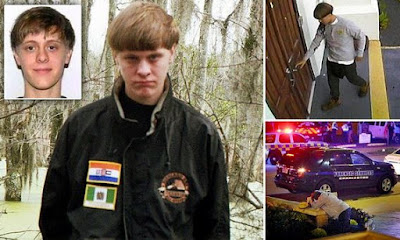 Shame on the act. This kind of criminal act must be punished. Quick action taken by the policemen.

Dis guy needs treatment, cus he is seriously sick!