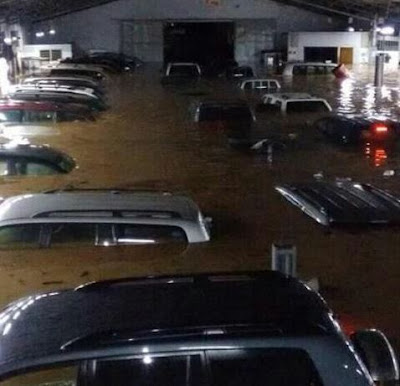 No fewer than 78 persons were killed after a gas station they ran to for shelter during heavy downpour went up in flames in Acrra, Ghana yesterday June 3rd. According to Ghana's Fire Service spokesperson, Billy Anagate, the fire started at the Neoplan Bus station at about 5.00pm and then quickly spread to the Goil gas station, causing an explosion which killed all the people taking refuge there. Bodies of the victims are still being evacuated from the scene of the incident.

Flood that resulted from the heavy downpour submerged some buildings and vehicles causing people to take refuge in the gas station. Most buildings that had caught fire from the explosion burned away into the night as 'floodwater around the site hindered recovery attempts. Some of the photos are very graphic.

See more photos after the cut (Click on the links below to view graphic images): 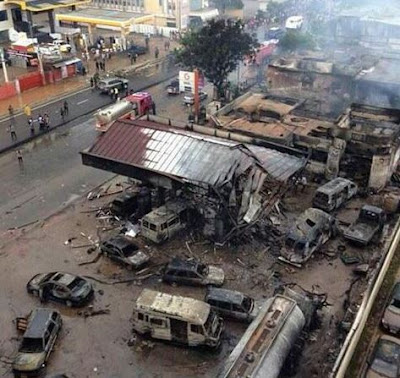 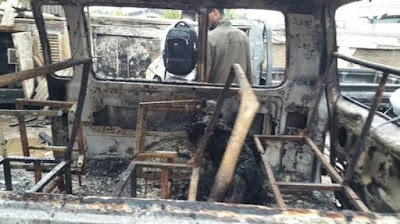 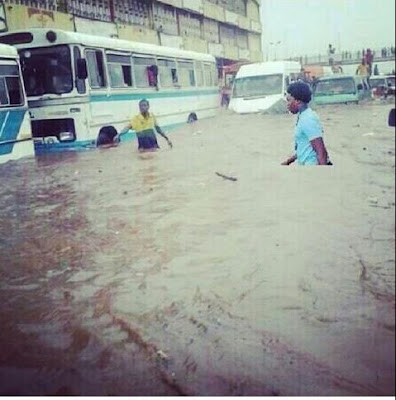 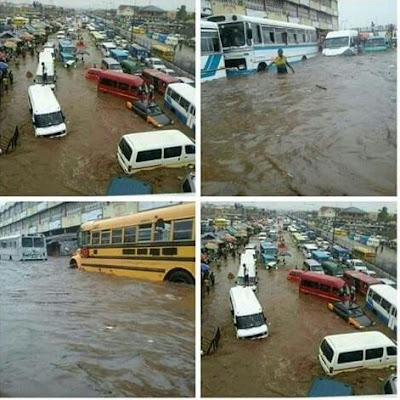 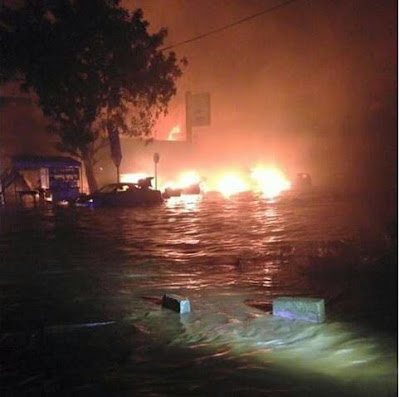 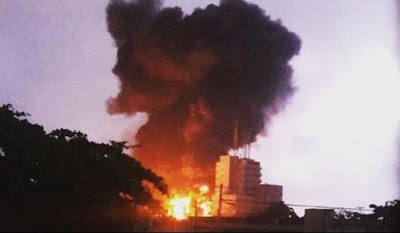 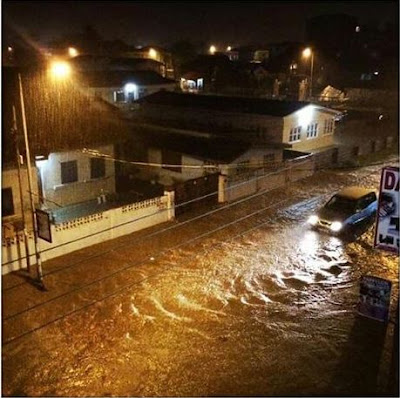 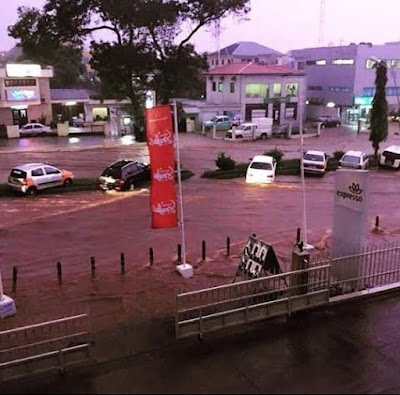 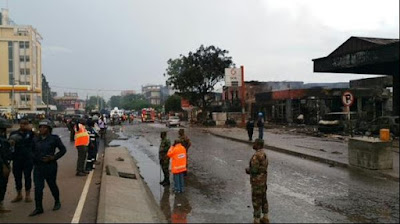 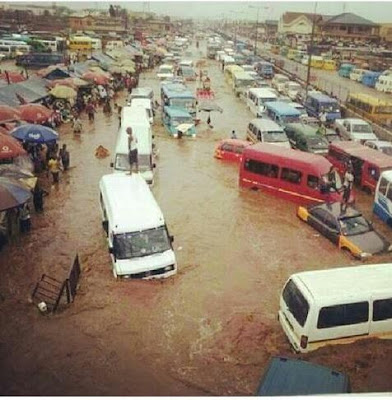 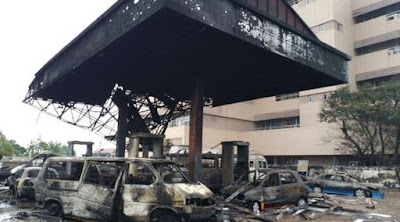