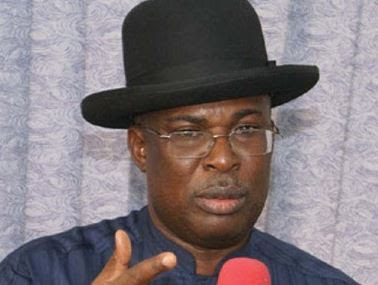 Disappointed by the dismissal of the money laundering charges it charged against former Bayelsa governor, Timipre Sylva, by Justice A. R. Mohammed of the Abuja Federal High Court, the Economic and Financial Crimes Commission, EFCC, yesterday, released 50 fresh charges against him.

The charges were increased from the initial 42 to 50 by the anti-graft agency and this has already been filed and will probably be assigned to a new judge. The charges, according to a document were prepared and filed in court by the Director of Legal of the EFCC, Mr. Chile Okoroma.

In the new charges, EFCC listed acts of looting allegedly carried out by Sylva when he was the governor of the state. He is also alleged to have connived with three companies to commit the offences charged against him between 2007 and 2011.

The filing of fresh charges against Sylva came barely a week after Justice A.R. Mohammed dismissed the 42-count charge against the former governor on account of abuse of court processes.

However, the commission immediately faulted the action of the judge for dismissing the case without it being heard.

It noted that the dismissal of the charge by Justice Mohammed following the application of the commission to consolidate the charges against the former governor and his accomplices, did not amount to a discharge or an acquittal, and it did not preclude the power of the agency to bring fresh charges against the defendants.