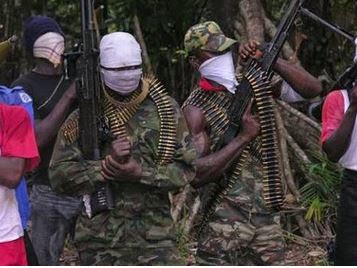 Following the inaugural speech delivered by President Muhammadu Buhari, ex-militants under the aegis of Third Phase Amnesty programme has rejected the December deadline to end the amnesty.

“The Niger Delta ex-agitators under the Third Phase Amnesty congratulate President Muhammadu Buhari for his smooth and peaceful swearing-in ceremony at Abuja.

“Indeed, it was victory for Nigerians and Nigeria in the comity of nations. The nation will ever remain grateful for the sacrifice and love by former President Goodluck Jonathan for this nation to remain peacefully and indivisible.

“Nevertheless, we express shock over the statement made by President Muhammadu Buhari in his inaugural speech as regards to the Niger Delta.

"We want to unequivocally state here that we reject the deadline of terminating amnesty programme by December 2015.

“We the Niger Delta ex-agitators and youths are very ready to support Buhari’s administration but will not support the plan to end the amnesty programme and will resist any attempt to do so because it will mean another round of injustice.”

This was contained in a statement signed by the National Secretary of the group, Comrade Tam Odogwu. He made it clear that the statement made by President Buhari was not in the interest of the region.

“We want to also state that it is not in the best interest of the Niger Delta region because it was not a decision from the people of the region, and any attempt to carry on with this declaration of ending the amnesty programme in December will fan the embers of restiveness that has abated.

“Even though Mr. President has other plans to consolidate on the successes recorded by the programme initiated by Yar’ adua and continued by Former President, Dr. Goodluck Jonathan, which he promised to invest heavily in the projects and programmes currently in place, this move will make this promise not attractive to the people,” he said.

He also pointed out that the amnesty programme was still having numerous programmes whose completion will not be completed even in December, therefore urged the President to have a rethink.

“We want to inform our president that the programme still has numerous students in various universities in Nigeria and abroad. And some of these students will graduate in the next three years to come. The programme still have more than 9,000 people who are yet to be admitted in various schools and different vocational trainings.

“There is no way over 9,000 who are waiting for their various admission and vocational trainings and those already in various schools and training centres can miraculously complete their schooling and trainings within this year or the next two years.

“We urge and challenge President Mohammadu Buhari to execute more developmental and empowerment programmes for the Niger Deltans because they have the goose that lays the golden egg and not to end this existing and functional programme that has yielded peculiar result and overwhelming progress,” he added.