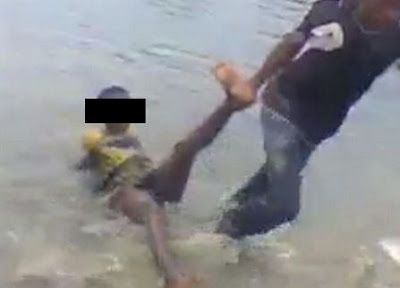 A prosecutor of Kwara State Police Command, Matthew Ologbon, has informed an Ilorin Magistrate’s Court, presided over by Mr. K.A.Yahyah, that a female National Youth Service Corps member, Miss Yetunde Idowu was r*ped to death by a 51-year-old man, Abdullahi Tanko, and his gang members.

PUNCH had reported that Idowu’ corpse was found at the Ilorin GRA.

The police prosecutor told the court that on May 23, 2015, at about 12pm, the police found Idowu in a pool of her own blood.

Policeman Ologbon told the court that investigation by the police revealed that Tanko and his collaborators, now at large, tricked Idowu from her residence to Fate Road, where they r*ped her to death.

He added that Tanko and his gang members r*ped the deceased inside their car. He said, “After they had r*ped Idowu, they carried her dead body to a nearby junction. The police located Tanko’s house through the blood traces of the deceased and the suspected killer was arrested.

“The mobile phone of the deceased was found with Tanko.”

Yahaya ordered that Tanko be remanded in prison, while he adjourned the case till August 10, 2015.