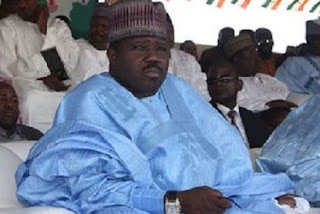 The Economic and Financial Crimes Commission, EFCC, has detained a former Governor of Borno State, Ali-Modu Sheriff, over allegations of massive corruption under his watch.

After weeks of hide and seek, Sheriff voluntarily handed himself to EFCC on Wednesday afternoon.

EFCC spokesperson, Wilson Uwujaren, confirmed that Sheriff was currently being held by them.

Sources reported how the anti-graft agency had on April 23, moved to declare Sheriff wanted when he failed to honour its invitations for questioning. The former governor, was who summoned by the commission to appear, damned the invitation and stayed away.

Although the specific allegations against ex-governor Sheriff are​ unclear as at the time of posting, sources said the investigation is related to allegations that parts of the N300billion his administration received from the Federation Account between 2003 and 2011 were not judiciously spent.

The investigation began in 2012 and had been ongoing ever since.