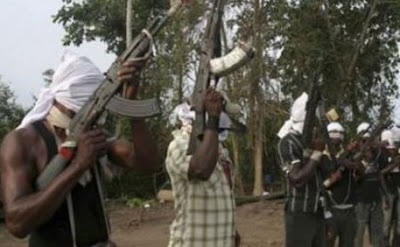 A French tourist has been killed during his visit to Abaomege in Onicha Local Government Area of Ebonyi State.

Governor Dave Umahi of the state disclosed this on Wednesday when he threatened to sack any local government chairman or development centre cordinator where cases of violence or cultism occur in his domain.

According to the governor,

"the killing of the tourist occured on Tuesday night when the victim and his wife were passing through Abaomege on their way to Calabar, Cross River State.They went into the bush and set their tent so as to have some rest before continuing their journey. As they were resting in the tent, gunmen stormed the area and shot at them,"Sad enough, they shot and killed the man. The corpse has been deposited in the mortuary. The wife was devastated. What we did was to put her in a hotel and gave her some money."

The governor described the incident as unfortunate and warned that anywhere there is cultism or any other violent crimes, the council chairman and development centre coordinator will be relieved of his duties.