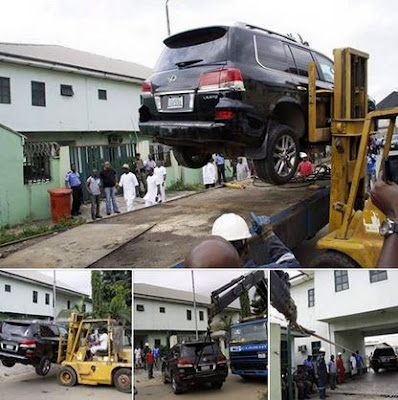 One of the former commissioners in Rotimi Amaechi's government in Rivers State whose official car was forcefully reclaimed by the Governor Nyesom Wike administration has blasted the governor. The woman, Mrs. Ibim Semenitari, said when Wike left government as COS to Governor Amaechi, he took away everything that was in his possession but now he is fighting what he did with arrogance.