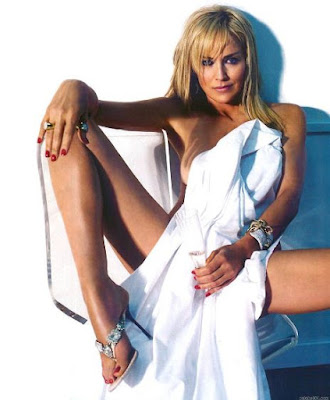 She was once named the world's sexiest woman, and at 57, she still sets pulses racing. However,Sharon Stone says men run away from her.She said in an interview for Restylane

“I wish more guys would throw themselves at me,Guys run away. People bought into the story that I’m a sex symbol but I’m not really. I’m really the girl with the baggy clothes and the bag of books.People are afraid of me.”

“Having people ask me about being a sex symbol makes my day because for the first part of my career, I just couldn’t get a career because no one thought I was sexy.People would call Chuck, my manager, and say, ‘We can’t hire her because she’s not sexy’.

"I wore these big black clothes and big glasses because I can’t see anything, and carried all my books and all my stuff. People were like, ‘She is so not sexy’.Then I was speaking to this female friend of mine who was the photo editor of Playboy and I was like, ‘No one thinks I’m sexy’.And she said, ‘Hugh Hefner wants to put you in the magazine’, and I was like, ‘In Playboy? Ha ha ha!’.And then I realised I was going to starve to death. I couldn’t make my house payments.

"I didn’t know what to do. I couldn’t get a job. I thought, ‘This is ridiculous, maybe I should be in Playboy.’So I made a deal with her and with Hef that I would do these black and white pictures where I wouldn’t be naked on the bottom but I would be naked on the top and my friend would write the story.Then I thought, ‘I’ll tell people I’m sexy’. And that’s what I did. And then I got Basic Instinct and now people think I’m sexy.”I have a really flat a***” she says, gyrating her impeccably toned bottom two feet from my flushed face.

“I had a big discussion today on what dress to wear as we weren’t all happy about how flat my a*** is.” 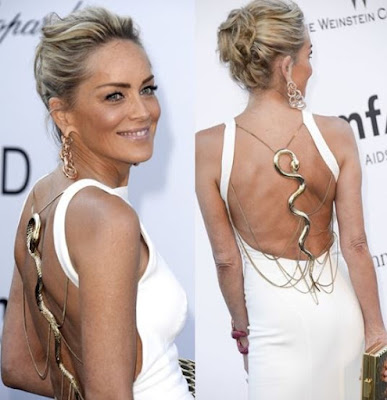