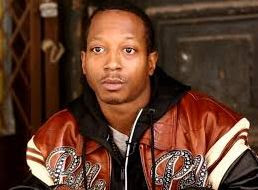 In May, 2010, Kalief Browder, a sixteen-year-old high-school sophomore, was arrested in the Bronx for allegedly stealing a backpack. He insisted that he was innocent, but he was taken to Rikers Island, New York City’s four-hundred-acre jail complex. Browder spent the next three years at Rikers, awaiting trial while his case was repeatedly delayed by the courts. In May, 2013, the case against him was dismissed.

This week, The New Yorker obtained two ​surveillance-camera video clips that depict the dual horrors of Browder’s years in jail: abuse by a guard and by fellow-inmates.


He had been arrested in the spring of 2010, at age sixteen, for a robbery he insisted he had not committed. Then he spent more than one thousand days on Rikers waiting for a trial that never happened. During that time, he endured about two years in solitary confinement, where he attempted to end his life several times. Once, in February, 2012, he ripped his bed-sheet into strips, tied them together to create a noose, and tried to hang himself from the light fixture in his cell. 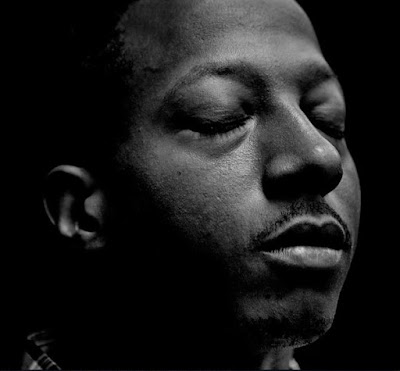 In November of 2013, six months after he left Rikers, Browder attempted suicide again. This time, he tried to hang himself at home, from a bannister, and he was taken to the psychiatric ward at St. Barnabas Hospital, not far from his home, in the Bronx. When I met him, in the spring of 2014, he appeared to be more stable.

This is the story written by the New York journalist who published his story for the first time.

Late last year, about two months after my story about him appeared, he stopped going to classes at Bronx Community College. During the week of Christmas, he was confined in the psych ward at Harlem Hospital. One day after his release, he was hospitalized again, this time back at St. Barnabas. When I visited him there on January 9th, he did not seem like himself. He was gaunt, restless, and deeply paranoid. He had recently thrown out his brand-new television, he explained, “because it was watching me.”

After two weeks at St. Barnabas, Browder was released and sent back home. The next day, his lawyer, Paul V. Prestia, got a call from an official at Bronx Community College. An anonymous donor (who had likely read the New Yorker story) had offered to pay his tuition for the semester. This happy news prompted Browder to reënroll. For the next few months he seemed to thrive. He rode his bicycle back and forth to school every day, he no longer got panic attacks sitting in a classroom, and he earned better grades than he had the prior semester.

Ever since I’d met him, Browder had been telling me stories about having been abused by officers and inmates on Rikers. The stories were disturbing, but I did not fully appreciate what he had experienced until this past April when I obtained surveillance footage of an officer assaulting him and of a large group of inmates pummeling and kicking him. I sat next to Kalief while he watched these videos for the first time. Afterward, we discussed whether they should be published on The New Yorker’s Web site. I told him that it was his decision. He said to put them online.

He was driven by the same motive that led him to talk to me for the first time, a year earlier. He wanted the public to know what he had gone through, so that nobody else would have to endure the same ordeals. His willingness to tell his story publicly—and his ability to recount it with great insight—ultimately helped persuade Mayor Bill de Blasio to try to reform the city’s court system and end the sort of excessive delays that kept him in jail for so long. 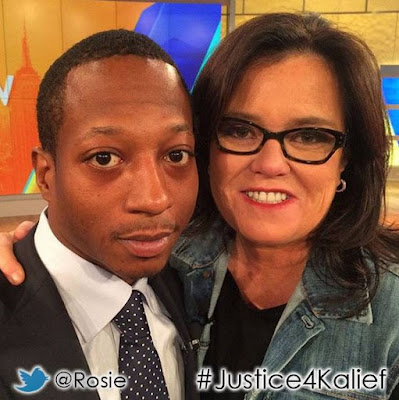 Browder’s story also caught the attention of Rand Paul, who began talking about him on the campaign trail. Jay Z met with Browder after watching the videos. Rosie O’Donnell invited him on “The View” last year and recently had him over for dinner. Browder could be a very private person, and he told almost nobody about meeting O’Donnell or Jay Z. However, in a picture taken of him with Jay Z, who draped an arm around his shoulders, Browder looked euphoric.

Last Monday, Prestia, who had filed a lawsuit on Browder’s behalf against the city, noticed that Browder had put up a couple of odd posts on Facebook. When Prestia sent him a text message, asking what was going on, Browder insisted he was O.K. “Are you sure everything is cool?” Prestia wrote. Browder replied: “Yea I’m alright thanks man.” The two spoke on Wednesday, and Browder did seem fine. On Saturday afternoon, Prestia got a call from Browder’s mother: he had committed suicide.

That night, Prestia and I visited the family’s home in the Bronx. Fifteen relatives—aunts, uncles, cousins—sat crammed together in the front room with his parents and siblings. The mood was alternately depressed, angry, and confused. Two empty bottles of Browder’s antipsychotic drug sat on a table. Was it possible that taking the drug had caused him to commit suicide? Or could he have stopped taking it and become suicidal as a result?

His relatives recounted stories he’d told them about being starved and beaten by guards on Rikers. They spoke about his paranoia, about how he often suspected that the cops or some other authority figures were after him. His mother explained that the night before he told her, “Ma, I can’t take it anymore.” “Kalief, you’ve got a lot of people in your corner,” she told him.

One cousin recalled that when Browder first got home from jail, he would walk to G.E.D. prep class every day, almost an hour each way. Another cousin remembered seeing him seated by the kitchen each morning with his schoolwork spread out before him.

His parents showed me his bedroom on the second floor. Next to his bed was his MacBook Air. (Rosie O’Donnell had given it to him.) A bicycle stood by the closet. There were two holes near the door, which he had made with his fist some months earlier. Mustard-yellow sheets covered his bed. And, to the side of the room, atop a jumble of clothes, there were two mustard-yellow strips that he had evidently torn from his bedsheets.

As his father explained, he’d apparently decided that these torn strips of sheet were not strong enough. That afternoon, at about 12:15 P.M., he went into another bedroom, pulled out the air conditioner, and pushed himself out through the hole in the wall, feet first, with a cord wrapped around his neck. His mother was the only other person home at the time. After she heard a loud thumping noise, she went upstairs to investigate, but couldn’t figure out what had happened. It wasn’t until she went outside to the backyard and looked up that she realized that her youngest child had hanged himself.

That evening, in a room packed with family members, Prestia said, “This case is bigger than Michael Brown!” In that case, in which a police officer shot Brown, an unarmed teen-ager, in Ferguson, Missouri, Prestia recalled that there were conflicting stories about what happened. And the incident took, he said, “one minute in time.” In the case of Kalief Browder, he said, “When you go over the three years that he spent [in jail] and all the horrific details he endured, it’s unbelievable that this could happen to a teen-ager in New York City. He didn’t get tortured in some prison camp in another country. It was right here!”

October 20, 2010: At the jail for teen-age boys
Last year, the office of Preet Bharara, the United States Attorney for the Southern District, released a report denouncing the horrific conditions in the adolescent jail on Rikers, describing it as a place that “seems more inspired by Lord of the Flies than any legitimate philosophy of humane detention.” Browder experienced this firsthand during the many months he was held there.

In the fall of 2010, Browder, who was seventeen years old at the time, found himself assigned to a housing unit that was ruled by a gang. He was not a member of the gang, and on October 20, 2010, he recalls, a gang leader spit in his face. He decided that he needed to retaliate. If he had not, he said, it would have “meant they could keep spitting in my face. I wasn’t going to have that.”

That night, at 10:55 P.M., shortly before the guards were about to lock the inmates in their cells, Browder punched the teen-ager who had spit at him. Four surveillance cameras recorded this incident and its aftermath: a drawn-out beatdown of Browder by about ten other teen-age inmates. The Department of Correction’s official paperwork characterizes this incident as “a multiple inmate fight.”