Jonathan lost because he refused to listen to us - Asari Dokubo 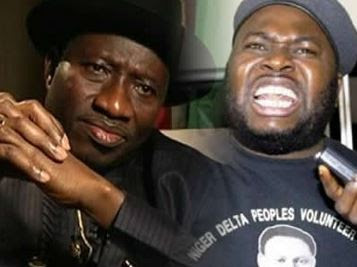 Former Niger-Delta militant leader, Alhaji Asari Dokubo, has said the 2015 general elections were the most rigged in Nigeria. He also said former president Jonathan lost his re-electionbid because he did not take their advice. While speaking during a chat with the media in Owerri on Sunday, Asari who said he was in Imo to be part of the Biafra Day celebration with his Biafran brothers and sisters,said...


“The figures were self evident. The figures clearly showed the manipulations. The elections were not free and fair. Also, the stage was set to manipulate the elections”, Our brother Goodluck Jonathan refused to listen to us. To him, the life of any Nigerian was not worth his election or ambition. For us, that was an abdication of his duties as President because we were also involved in the elections and we wanted a free and fair elections”

He also said when president Jonathan should have taken action when he was humiliated, after four card readers were brought as he stood waiting and all of them rejected him. He said


“That was the time Dr. Jonathan ought to have taken action and stopped the fraud that INEC called an election. He did not do it. It was in the middle of a crucial match that the referee, Professor Attahiru Jega , who is from the same place with Muhammadu Buhari, issued a statement that if card readers cannot confirm your finger prints, then you can go on and vote”,