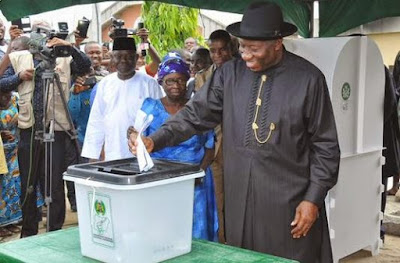 As President Muhammadu Buhari hosts the head of the leading global corruption watchdog Clare Short this week, top on the agenda will be a probe of how Nigeria allegedly remitted only $100m for the sale of oil blocks on which the country was paid $1.85bn, credible sources have revealed.

The Meeting which is also expected to provide the International Chair the platform to brief the President on the importance of integrating the EITI principles in his economic policy agenda as obtainable in resource rich countries of the developed world, is also seen as a global endorsement of President Buhari’s commitment to good governance, transparency and accountability.

Buhari had listed the implementation of the findings and recommendations of NEITI Audit Reports as a priority within his administration’s 100 days in office.

The executive secretary of NEITI, Zainab Ahmed, had said last week that over $7.5bn between 1999-2011 still needed to be recovered from oil and gas companies in Nigeria.

“The amount represents clear cases of underpayments, under-assessments of taxes, royalties, rents... which have not been adequately addressed in the past,” she said.

NEITI has suggested selling the state oil company’s stakes in producing joint ventures to fix its budget woes, a call echoed by many in the new administration, as well as scrapping the expensive and graft-riddled fuel subsidy.

The government relies on oil sales for the bulk of its revenues but there has been little oversight of how these are handled. Central bank governor Lamido Sanusi was sacked by Goodluck Jonathan after he said that up to $20bn in oil revenues between 2012 and 2013 had not been remitted to the government by the state oil company - NNPC.

Buhari said he would re-examine this allegation. Ahmed also said NEITI audits showed that some $11.6bn of dividends between 1999 and 2012 from the government’s investment in the Nigerian Liquefied Natural Gas (NLNG) company were not remitted by the state oil company.

“NNPC was unable to provide any evidence that the funds were remitted to the federation as required by law,” she said.

NNPC said the issue of reconciling accounts had been raised at a previous Inter-Ministerial Task Team and would be discussed this week. The team was designed to implement NEITI’s findings.

NEITI has also said the sale of eight oilfields to NNPC’s upstream arm in 2010-2011 under Jonathan should be reviewed, as they were sold at $1.85 billion of which only $100 million was remitted to the federation account in February 2014.

Before his sack by Jonathan, Sanusi also criticized some of these deals for being awarded non-competitively to companies that supplied no services.