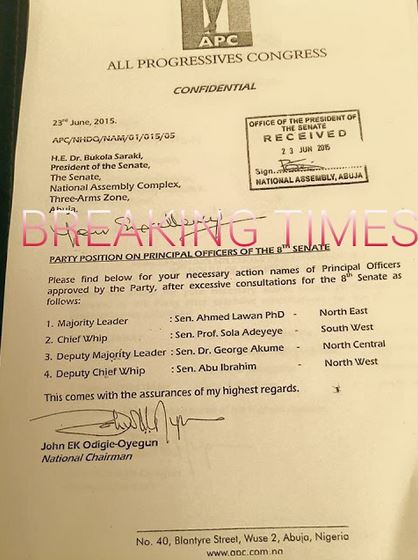 These are leaked copies of the letter sent by the leadership of the APC to the Senate President Bukola Saraki and the House of Representatives Speaker, Yakubu Dogara.

In the letters obtained by Breaking Times,they were asked to announce Senator Ahmed Lawan and George Akume as principal officers of the senate .Today,Saraki defied the orders,announcing Senator Ali Ndume as the Majority leader..

He also adjourned House sitting to July 21st...So did the Speaker of the House of Reps.. See another photo after the cut: 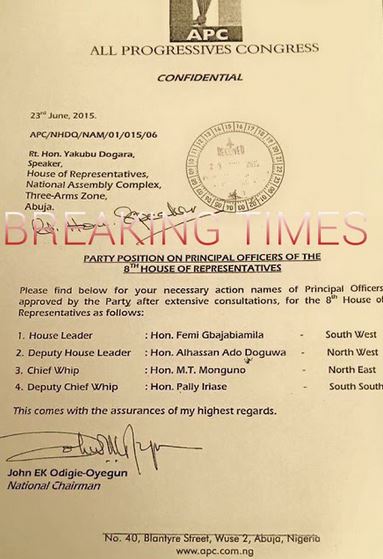