Magistrate remand 2 homosexual suspects for having sex with 2 minors 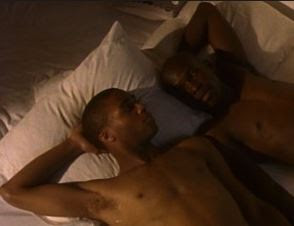 2 homosexual suspects were yesterday remanded in Onitsha prison by the Chief Magistrate in Onitsha, presided over by Nkemdilim Ike, in order to consider applications by the parties to the case.

Ebuka Anyasi, 23, and Michael Ikegbunam, 19, were detained in Onitsha Prisons on June 15 for allegedly committing felony by having carnal knowledge of two minors, Ifechukwu Okafor, 14, and Tagbo Chukwuma.

The act lasted for 7 days, while both victims were locked in confinement in Okoloji Street, Odoakpu in Onitsha, Anambra State.

The 2 accused pleaded not guilty to the three-count charge against them, but the Prosecutor, Clem Nwancho, an Assistant Superintendent of Police, ASP, opposed their bail and submitted a three-page motion application as well as an affidavit opposing the plea for bail for the two accused.

Mr Godwin Madubuko also opposed their plea for bail on the ground that they would jump bail, and insisted that they should be remanded in prison custody to serve as a deterrence to others, pending the determination of the case.

John Chukwuma, the lead defence counsel, yesterday submitted a nine-paragraph motion and an affidavit praying the court to grant the two accused bail since the offence was bailable.

In her ruling,the Magistrate, adjourned the matter to July 1 to enable her study the various written applications of the parties in the matter and decide whether to grant the two accused bail or not.

However, some lawyers in Onitsha have expressed fears over a grand plan to suppress the matter by some unknown big wigs in the state who were working round the clock to ensure the case was frustrated because of their involvement in the act.