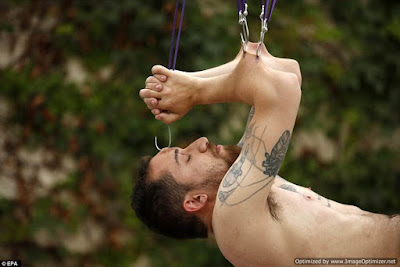 From a tattoo fanatic with his eyes inked black to a piercing fan with meat hooks embedded in his arms - these images would not seem out of place in most people's nightmares. In fact they are terrifyingly real, and are currently on display at the second annual tattoo convention being held in Tel Aviv, in the heart of conservative Israel yesterday. 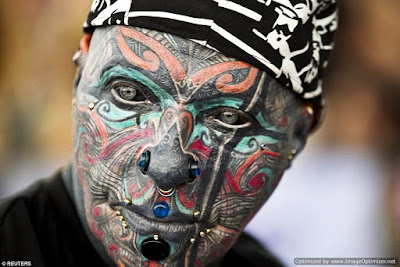 Fans of body art flocked from all over the world to get tattoos from some of Israel's leading artists, including 'Magneto', pictured above, - a German tattoo model whose entire face is covered in inkings, including his eyeballs. Israeli men were pictured having intricate artworks painstakingly added to their thighs and necks during the convention, while another woman had a huge drawing etched into her chest.

Elsewhere, Israel's first 'suspension crew' - nicknamed the Suicide Team - used painful looking metal hooks and bars inserted through their skin to dangle themselves from wires high above the crowd.
One man was pictured crying out in pain while the suspension bars were inserted into his thighs, before being lifted up using meat hooks inserted through his forearms and forehead. Scroll down after the cut to see the pics. 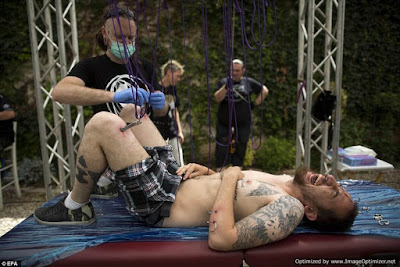 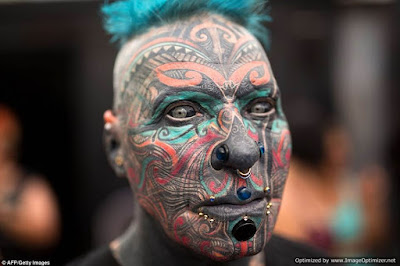 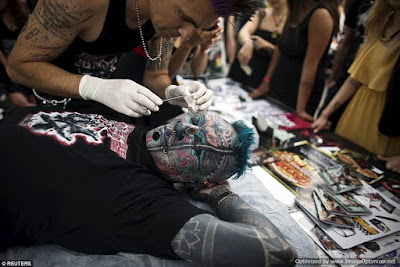 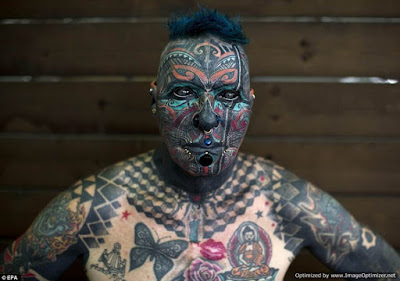 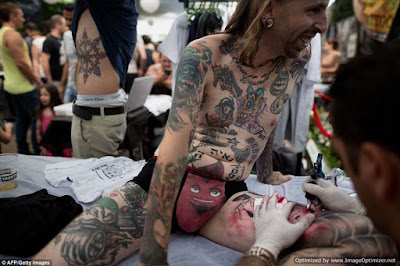 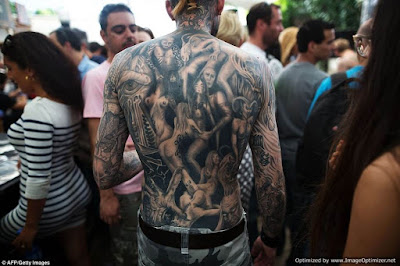 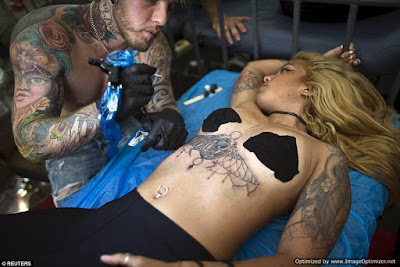 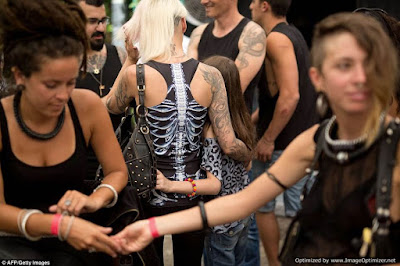 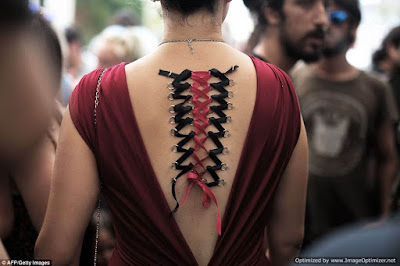 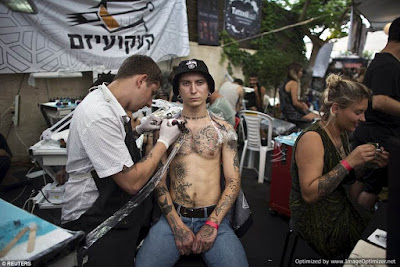 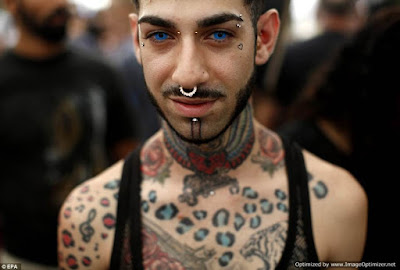 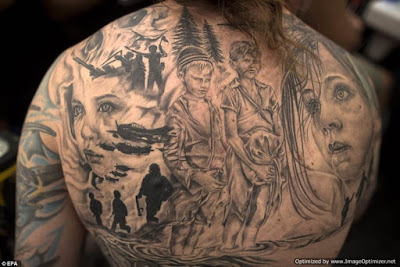