Home Gossip News Man rapes his 2 step daughters, gets 1 pregnant and infects both of them with HIV

Man rapes his 2 step daughters, gets 1 pregnant and infects both of them with HIV 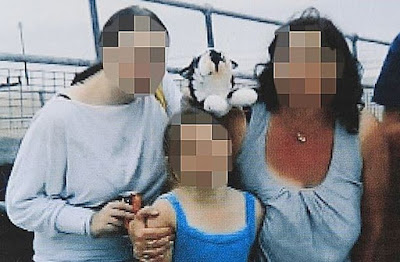 A 60 year old rapist and paedophile has admitted to raping his two step-daughters and deliberately infecting them with HIV. He originally denied the accusations but is now awaiting sentence after changing his plea to guilty on the second day of his trial this week. He has since developed full-blown AIDS.

One of the girls was about 11 when she contracted the potentially deadly virus. Her sister was 14.

Now one of the girls, now 22, tells how she only found she had been infected during a routine antenatal blood test when she got pregnant by her boyfriend. She said that moment of happiness turned to devastation when she found out. She knew immediately she had to try to save her younger sister, still only 12, from the same fate.

But tests after her sister was removed from the family home by social services showed that she, too, had been infected.

Shockingly, their mother stood by the man as he accused the girls of lying.

The daughter’s only relief has been that her diagnosis was early enough in her pregnancy for drugs to prevent the HIV being passed on in the womb, meaning her son was born free of the virus.

The older victim with her bf and son

This is her story:

"Mum came home one day in 2006 when I was 11 with a new man and our world changed forever. Within a couple of weeks he’d moved in with us and within a couple of months he was abusing me. My own dad had left when I was a baby and I never knew him. The dads of my younger sister and brother had both done the same, so we were always a single parent family. Now we suddenly had a stepdad I thought we’d be a real family.

At first I was right, and the new man treated me how I always thought I wanted to be treated. I was the eldest and I was used to the younger ones getting all of mum’s attention. But my stepdad bought me a new phone and clothes and gave me cash.

Then one day when I was 12, mum was in the kitchen doing tea when he told me to sit next to him on the sofa and suddenly kissed me. I was shocked and told him to stop but it only spurred him on. That was the start.

I’d been in the bath one night a few weeks later and he knew I’d be getting ready for bed so he came into my room. I tried to tell him to leave but he forced me down on to the bed and ripped my towel away before raping me. I had no choice. I was terrified.

After that, he made excuses for me to sleep in his bed with him every night and told mum to sleep with my little sister in case she had nightmares. He bought me a ring which he told me to wear like an engagement ring as if I was his fiancée, not his child.

Then one month I started getting bad stomach pains I was 13 and pregnant. He said I’d been sleeping around at school and made me have a secret abortion, then took the scan pictures from me.

Neighbours and family members suspected something was going on but my mum never believed it. Maybe if someone had listened it wouldn’t have happened to my little sister as well.

When the police and social services came to the house, I wanted to tell them what was happening but they only ever interviewed me in front of him and I was too scared to say. Now I wish I had.

When I fell pregnant with my partner’s baby I was happy at last but when the midwife said I was HIV positive my world fell apart. The abuse had stayed a secret for so long. In that moment everything came back to punch me in the stomach. I felt disgusting, dirty and inhuman.

I knew instantly I’d got it from him because just two weeks earlier he’d been rushed to an AIDS unit in London.

I remembered thinking I didn’t care if he died now I’m facing my own life sentence. I wasn’t just sickened by the things he’d done, but also by myself for being infected with this virus. I knew now it would all come out and it was a mixture of fear and relief.

I told my boyfriend to leave me and for his family to leave me alone. I felt sickened and disgusted by myself so I imagined they felt the same. But amazingly they said they still loved me and have stuck by me.

Now my mum’s partner has admitted what he did we can move on. But I take each day at a time and try not to think about what the future holds.

I always hoped and prayed he hadn’t got to my little sister, but once I knew what he’d done to my future I had to get her away from him. I couldn’t let him ruin my baby sister’s life like he had my own. I knew in that moment I had to make the police and social services believe what he had done.

When I heard her test results I filled with a rage like I’ve never felt. I was screaming and shouting, my boyfriend and his mum had to hold me down, I was just inconsolable. Who can rape a child and ruin their entire future by giving them one of the most dreaded diseases in the world?

At the moment my sister is too young to understand what she has or why she has it – she just knows she has “funny blood” but it’s only a matter of time.

When the time comes I’m the only other person in the world who will understand how she feels.

Police had to keep us apart when he was arrested to make sure we didn’t talk to each other to match up our stories.

When he changed his plea to guilty, I was relieved not just because of the result but because it meant I could see her again. Now all this is over I’m going to be there for her until the end.

When the abuse first started I didn’t tell my mum because I wanted to protect her. I thought if she knew she would blame me, or it would cause the family to break up and she would be sad.

But she took me to bingo one night when I was 18 and as we were getting on the bus suddenly I was really conscious we’d left my little sister alone with him so I told mum everything. I told her I was worried he would do it again. She said I was making it up.It felt like the biggest betrayal. I had plucked up the courage but she was choosing him over me.

I don’t have anything to do with my mum any more. We don’t live far away from each other so we still see each other at family events but I can’t forgive her for not believing me. I have my partner’s mum now, who is more of a mother to me. My sister has been taken into care so she has foster parents now."

When the CPS discussed charges, they wanted to get him for giving us HIV but that falls under the bracket of GBH.

Rape carries a greater punishment so they went for that instead – but I think he should have got manslaughter.

He has put lives at risk for his own sick pleasure. He should never get out.

I’d tried so hard to put the rape and abuse behind me so that I could start my own family and have a chance at happiness. But now he has me right where he wanted me – with a life-long reminder of what he did to me.

All I wanted was to bond with my son and have the kind of family I’d missed out on because of the abuse and neglect.

But from day one, it was impossible. I had to have a Caesarean so I didn’t pass it on to him during the birth, then I wasn’t allowed to breastfeed.

From day one I was terrified of cutting myself or having even a little scratch and going near him in case I made him ill.

As he’s grown older it’s become even more heartbreaking. I see him take a tumble and graze his knee and my maternal instinct tells me to go straight to him and kiss it better – but I can’t.

I have to put on rubber gloves or let my partner or someone else go to him.

He is too young to understand so he just thinks I’m not going to help him. All of this is because of that man.

I live day to day and I always believe that if and when I get ill from the virus I will take it as it comes.

I’m grateful every day that I fell ­pregnant because the blood test ­probably saved me from getting much more ill.

I’m on medication so things are under control for now – and most importantly my son is happy and healthy.

He hasn’t got to my boy and now he never will.

The judge at Canterbury Crown Court warned him to expect an indeterminate sentence after he confessed to a string of crimes ranging from rape of a child under 13 to sexual assault and attempted rape.