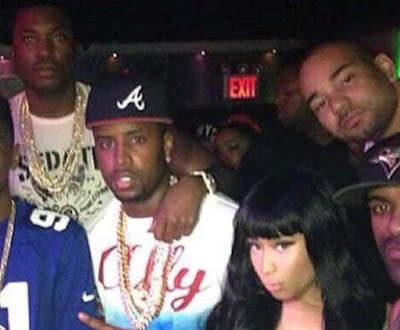 Earlier this week, Nicki Minaj fired back at her ex Safaree, accusing him of cheating on her when they were together. Well, now sources are claiming Nicki's new boyfriend Meek Mill who has been obsessed with Nicki for years, set Safaree up to bedumped by Nicki so he could claim the prize.