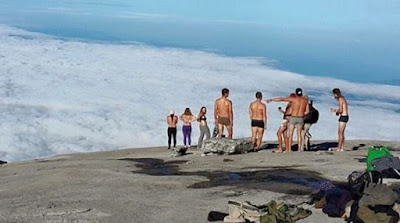 The Western tourists who were arrested and accused of causing an earthquake after stripping naked on top of a mountain ,have been asked to pay a fine of ten buffalo or face jail,.

The condition was given by a Malaysian Chief priest .The group of 10 are accused of 'upsetting the gods' by posing nude on Mount Kinabalu, the country's highest peak days before an earthquake killed 18 climbers on the mountain.Mount Kinabalu on May 30

‘The tourists who angered the guardian of the mountain should pay for their mistakes by giving sogit. This should be in the form of ten male or female buffalo'. 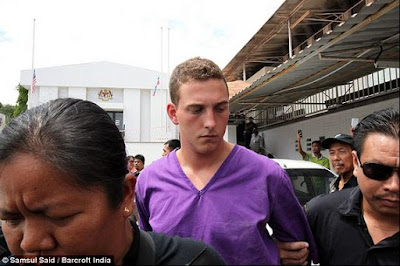 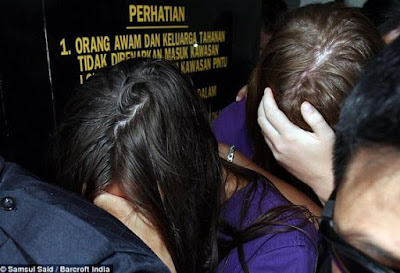 According to locals, the mountain is a resting place for the spirits of the departed. Police Commissioner of Sabah, the state where the mountain is located said ,six other tourists are still at large

'We detained all four of them on Tuesday... and yes we are still searching for the other six tourists, and we will catch them,'

Sabah Deputy Chief Minister Joseph Pairin Kitingan who blamed the tragedy on the foreigners for showing 'disrespect to the sacred mountain' by posing naked at the peak,said a special ritual will be conducted to 'appease the mountain spirit.'