Home Gossip News Niger Delta Militants are taking up Arms, We will Deal with them

Niger Delta Militants are taking up Arms, We will Deal with them 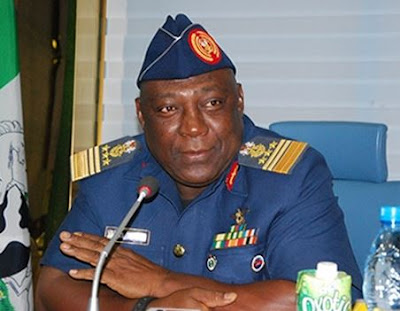 Chief of Defence Staff, Air Chief Marshall Alex Badeh on Friday revealed that intelligence reports available to the Armed Forces showed that the Youths from the Niger Delta region have started taking up arms and engaging in criminal activities along the creeks and the water ways of the region.

Air Mashal Alex Badeh, who made the revelation during the inauguration ceremony of the permanent complex of the Headquarters of the Joint Task Military Force, Operation Pulo Shield, along Igbogene/ Okolobiri road in Yenagoa, Bayelsa State, said the increase in illegal arms and ammunition possession by youths of the Region has led to an increase in cases of oil theft, kidnapping and other criminal activities in the region.

Badeh said though the Nigerian Armed Forces entered into an agreement with the Niger Delta youths and former militants to disarm and partner with the Federal Government on empowerment and development initiatives,the recent cases of criminality may force the military to review such agreement and turn its arsenal on the region.

According to Badeh, “Criminalities in the Niger Delta, we thought, have stopped but now they are on the rise again. But I know that our gallant men and women are equal to the task. We are after the bad men, we are good men and darkness can never overtake light. No nation can develop in the presence of so much criminality.”