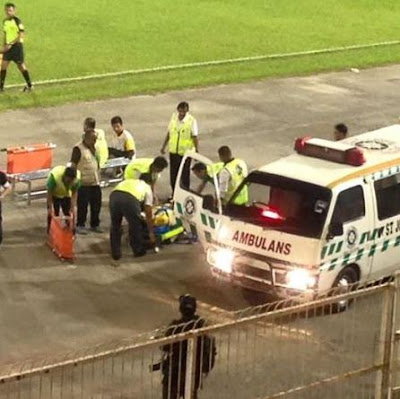 A 30 year old Nigerian defender, David Faramola Oniya who plays for a Malaysian based club, T-Team died today June 13th on the field during a Friendly match between his club and another club.

Malaysian media reports that David, who recently signed with his club, slumped three minutes into the match in Kota Bharu, a Malaysian city. He was rushed to the hospital where he was certified dead. 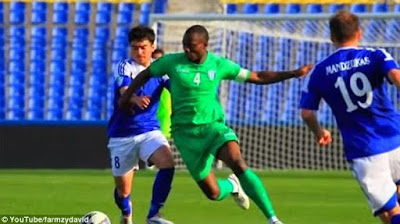 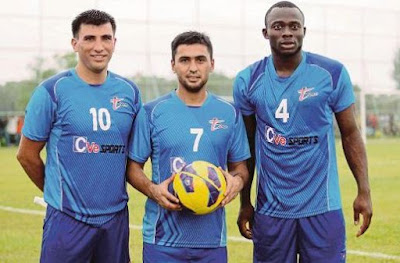 The Chief Executive Officer of his club, Zahrizan Mohd Zain said Oniya did not receive medical treatment quick enough which could have possibly saved his life. He said the driver of the medical bus stationed at the stadium left the bus and went to the gallery to watch the match and so when David collapsed, he could not immediately get oxygen

'He suffered a heart attack but it could have been a different story had the ambulance driver was alert. The driver was at the stands watching the game when Oniya suddenly collapsed and our defender was deprived of oxygen for several minutes.'he said

May his soul rest in peace, Amen.