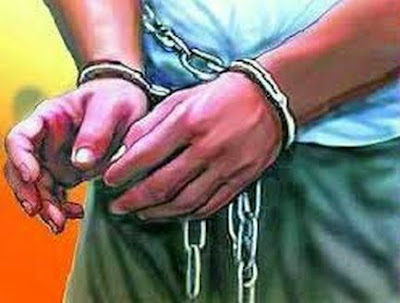 A man is being investigated on charges of murder after being accused of killing his maid when she refused to have sex with him, police in Russia said.

20-year-old Tonia Okojie, was found with severe bruises on her body.

She was taken to a nearby hospital, where she died of her wounds. According to the police investigation, Okojie came to Russia, and found work as a maid.

After a few months, the man asked her to sleep with him, and when she refused, he beat her to death.

In April, a man was arrested, charged and convicted of kidnapping after kidnapping the young maid of his employer, prosecutors in Nigeria said.

27-year-old Chukwuma Okeke of Lagos, was sentenced to serve 1 year in prison after pleading guilty to the kidnapping and rape of his employer’s 15-year-old maid.

According to the police investigation, Okeke sneaked into the home of his employer, which is located at 18b Prince Bode Oluwo Street around 1:00 p.m., and kidnapped the girl.

Okeke worked as the driver of Emeka Umeevuruo, while the girl worked as the maid at the residence. When Umeevuruo arrived home that evening, he noticed that the house work was not done and the girl was missing.

Umeevuruo tried calling the girl’s cellphone, but when there was no answer, he immediately went to the nearest police station to file a missing person report.

Police questioned the employees of Umeevuruo, and when they went to Okeke’s home, they found the girl. Okeke told police that he kidnapped the girl in order to have sex with her.