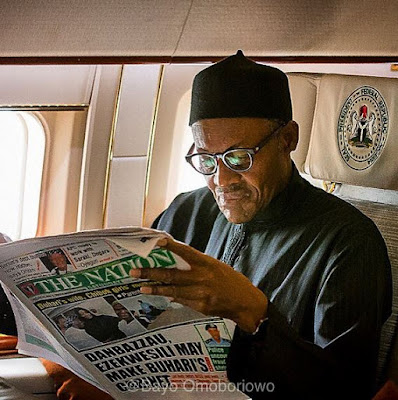 Nigeria's President Muhammadu Buhari has admitted there is a limit to what he can do now, as a result of age.

Buhari,who turns 73 on the 17th of December became military governor at 33 and Head of State at the age of 40.He said he wished he became a President when he was at a younger age

Speaking with Nigerians resident in South Africa on Monday, he said

“I wish I became Head of State when I was a governor, just a few years as a young man. Now at 72, there is a limit to what I can do.”

Notwithstanding,he assured his administration would make a difference,promising to kill corruption before it wrecks the nation..

“Our government is determined to secure the country, manage the economy, create employment and fight corruption. Some articulate writers have said if we do not kill corruption, corruption will kill Nigeria. This APC administration intends to kill corruption in Nigeria. We will do our best, I assure you,” Buhari stated