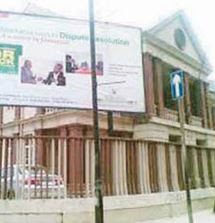 A dancer, Samson Babarinde, and two of his friends have been arrested by the police over the disappearance of a 22-year-old student of the University of Lagos, Bunmi Oluwa.

It was gathered that Oluwa and Babarinde were dating each other.The 300-level student, who lived with her sister in the Lekki area of the state, was said to have been missing since Tuesday, May 12.

It was learnt that she had told her sister that she was going to school on the fateful day but reportedly headed for a bar in Small Kuramo, a neighbouring community, where Babarinde and his friends – Patrick Okechukwu and Lucky Onuah – work as dancers.

PUNCH Metro learnt that Babarinde, who is also a mechanic, took Oluwa to his house in Ijora, where she spent some days.

It was gathered that Oluwa’s family had searched for her to no avail.

PUNCH Metro learnt that her father, Alhaji Taofeeq, eventually reported the incident at the Ilasan Police Station after he was told that she was with her lover.

Twenty-three-year-old Babarinde, who hails from the Ipokia Local Government Area, Osun State, however, told the police that although Oluwa came to his house, he had sent her packing when he learnt her father was looking for her.

He added that while they were together, her aunt called her on the phone to inquire about a sum of N15,000.He said,


“We met each other at Oganla bar in Small Kuramo. I wooed her and she accepted. She told me she would be coming to my house every Friday and be leaving on Monday.

“She came to my house in Ijora on Wednesday. The following day, her sister told her on the phone that she should bring her N15,000. But Bunmi (Oluwa) said she did not want to go home without the money. When I learnt that her mum was coming here, I told her to go. I have not seen her since then.”
Okechukwu said he had warned his friend not to allow Oluwa sleep in his house, but his advice was ignored.

“Bunmi came to the bar that fateful day and Samson (Babarinde) said she was going to pass the night with him. Onuah and I advised him against it, but he ignored us. I did not know about her whereabouts after then,” he said.